STORY OF THE WINE “MONTE CARMELO”

MONTE CARMELO is the liquer red wine for the Holy Mass. It was produced in the 1989 by Palermitan winemaker Beppe Martino, who deal with the grapes and the CAAL Liturgical Center of Rome. The characteristics of this product meet/satisfy the specific ecclesiastical requirements concerning wine for Holy Mass. 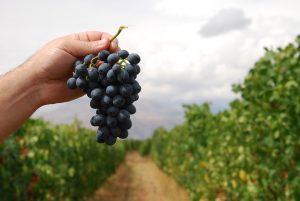 The grape ARENI has been present in Armenia for millennia. We believe that the first Christian communities used Areni grapes to produce red liqueur wine for the Eucharist by as early as 310 AD
Historical sources attest that as early as 1200 AD this grape variety was cultivated by the monastic community of the Discalced Carmelites on Mount Carmel in northwestern Israel. When the Muslims invaded Israel, during the fifth crusade, the monks abandoned the monastery on Mount Carmel to head towards Italy and Cyprus.

In the journey they brought some strains of the Areni grape with them that were planted in the grounds of the new monastery in Cyprus together with Malvasia grape. In 1238 the emperor Federico II of Swabia invited the monks to build a new monastery in the city of Alcamo, Sicily. In this occasion they introduced Areni as well as Malvasia vines in the south of Italy.
In the second half of the 1800s the baron of Villadimare picked up/removed some of these vines from the monastery of Alcamo and planted them in his property in the district Cantagrilli in Marsala, Sicily.

A century later, in 1986, the winemaker Beppe Martino who was carrying out researches in Sicily, found 40 plants of Areni and Malvasia still alive and in a state of neglect.
Since he wished to make wine, Beppe Martino proposed the coltivation of the vines recovered to a large winery in Marsala.

From that time over 20,000 liters of high quality red wine were produced which are purchased by the CAAL Liturgical Center in Rome in order to make the wine for Holy Mass “MONTE CARMELO”. 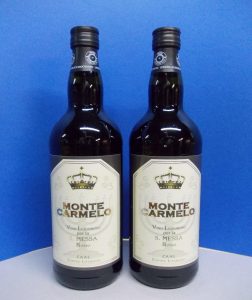